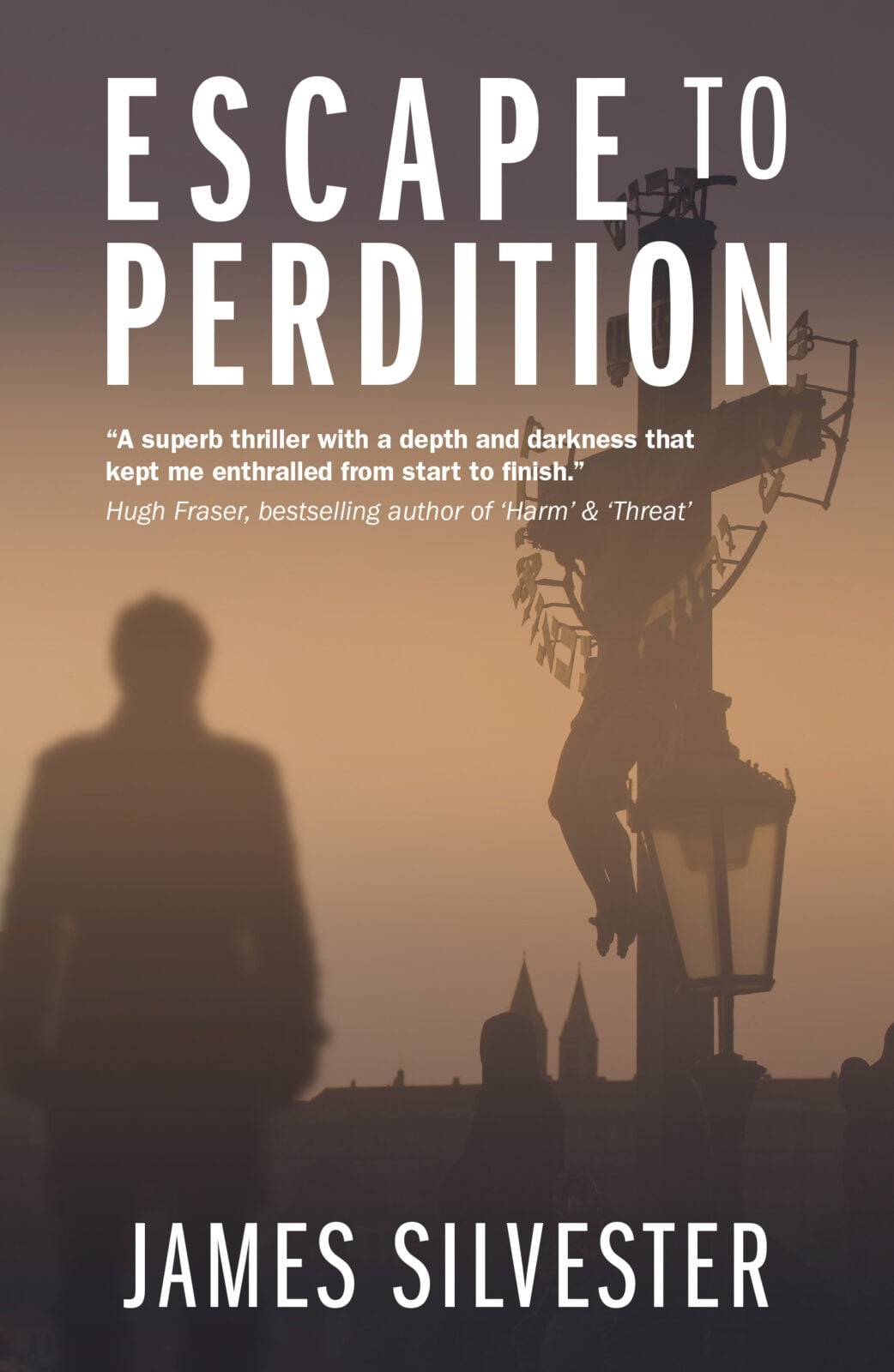 My debut novel, Escape to Perdition, publishes in June through the quite spectacular  Urbane Publications Ltd. and Man, am I getting excited. Seriously, gut wrenchingly, having to explain to the wife why the bed sheets need changing so often excited. But the more I think on it, Escape to Perdition – The Finished Article, is a very different beast to what I first sat down to write what seems now like a very long time ago. The basic core elements remain of course, but I originally planned to pen a much more purely historical thriller, with the Czechoslovakia of old still one firmly entrenched behind the Iron Curtain. I had a plan you see, a Grand Design. The book would be the first of a series which would see protagonists move from the days of the Cold War, through the present day and into the future, the audience being, I assumed, all too willing to follow.

But then I started having conversations. Quite often dull conversations. You know the ones I mean; when you’re stuck at a conference somewhere on behalf of the Day Time Employers, compelled to interact with people who hold even less interest in you than you do in them, while the silent thought that someone might actually set fire to your feet in a last ditch attempt to saw through the mutual tedium grips you, and you actually kind of hope they do. The buffet line conversations, where anything other than the briefest of nods to the person alongside you condemns you to a slow, ponderous slog to the disappointing sandwiches, vainly clutching your paper plate and oddly damp serviette as a shield against asinine questions.

Buffet Queue Guy: “You going away this year?”

Me: “Yeah, just over to Slovakia to see family.”

Buffet Queue Guy: “Slovenia? Why would you go there?”

Me: “Slovakia. And to see family, my Wife’s from there.”

Me: “Slovakian. As in Czechoslovakia, or the Czech and Slovak Republics as they are now.”

Buffet Queue Guy: “Oh right, like Prague! We went to Prague last year on my mate Steve’s Stag Do; he threw up over the Charles Bridge, it was well mental. Are those Pringles?”

At first, conversations like this would irritate me, but then they started driving me mad, I mean really fucking annoying me. These were and are important countries damn it, and they deserve a damn sight more than being mistaken for a place with a different name 280 miles away, or reduced to the status of international spewing receptacle. Even taking just the 20th century, the historical significance of the region can’t be overstated; the Sudeten Crisis, The Prague Spring and the Velvet Revolution being just three examples with far reaching, international consequences. Even today, while Russia and NATO wave their militarily attired diplomatic phalluses at each other (#TanksNoThanks by the way), they do so in the faces of the Czechs and Slovaks.

And so I opted to slide up my scale somewhat and make the first book in what will hopefully still be a series a present day tale, with these so often overlooked countries at the very epicentre of relevant, modern day political shenanigans. And in doing so I hope I’ve been able to capture some of the spirit of those countries and their peoples and convey at least a piece of what makes this region Magical and so very unique. The characters might find themselves starting a little further along in their story than originally intended, but they’re still on for a heck of a ride. I hope, come June, that you will be happy to join them on it.